Today, the British Deaf Association welcomed the Google Doodle and linked video relating to British Sign Language, the Deaf community, and Braidwood’s Academy, but are disappointed that the poor quality of media coverage means that this gesture has fallen short.

Elation at such a recognised brand highlighting and celebrating the language and culture of Deaf people in the UK was dampened by key omissions and errors in the accompanying reporting by many UK news outlets. The BDA condemns the poorly-researched journalism that has only served to perpetuate damaging myths and stereotypes about Deaf people and British Sign Language.

Deaf people are a severely marginalised group in the UK and, as a result of there being no UK-wide legal recognition of British Sign Language, are denied language access and recognition across all areas of life. This was recently highlighted in a damning set of concluding observations from a leading UN committee. The BSL (Scotland) Act was passed in 2015 at Scottish Parliament but unfortunately, this does not apply for the rest of the UK. 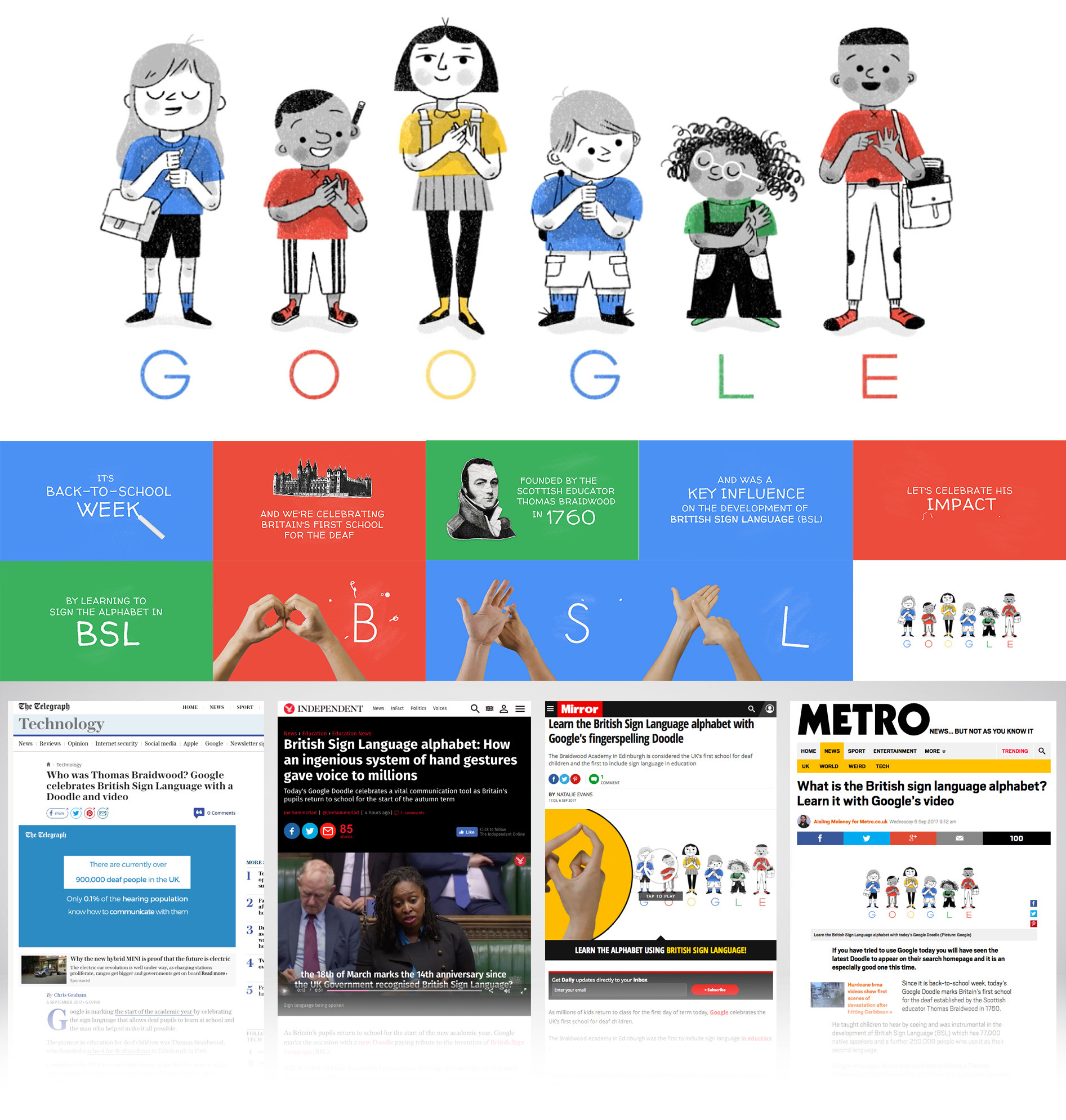 The video from Google claims that Thomas Braidwood (who set up Braidwood’s Academy in 1760) “taught children to “hear by seeing”” and “was a key influence on the development of British Sign Language”.

This was then extrapolated by various news outlets who made such extreme claims such as:

“BSL traces its origins back to Thomas Braidwood” (The Independent)

“[Thomas Braidwood’s] form of sign language…set the standards for BSL as it is known today.” (Mirror)

Although apparently a widespread misconception, it is scandalous that media outlets are reporting that a hearing individual ‘invented’ British Sign Language. This erases centuries of history of a unique, complex and expressive language as recognised widely by linguists and academics. In what could have been a gesture to celebrate the language, culture and achievements of the Deaf community, the coverage of the Google Doodle has instead reinforced current hierarchies which diminishes sign language as a ‘communication tool’, erases Deaf history and culture, and focuses on the achievements of hearing individuals over deaf individuals.

The British Deaf Association are happy to advise organisations looking to celebrate or promote British Sign Language, and as the representative UK charity for Deaf British Sign Language users, were disappointed to have not been consulted by any of the UK media outlets who have released articles linked to the Google Doodle. The British Deaf Association (BDA) was in fact founded in 1890 as a result of the Second International Congress on Education of the Deaf, which banned the use of sign languages in the classroom.

The BDA call on those outlets that have published incorrect and misleading information to release full statements and corrections.